Rubrik’s Build is all about education

I was a delegate for Cloud Field Day 5 back in April. One of the companies presenting was Rubrik. They also presented at CFD 3, where I was a delegate for the first time. Their presentation for CFD 3 knocked it out of the park! Watching Chris Wahl and Rebecca Fitzhugh present was a delight. Needless to say I came into the CFD 5 session with high hopes. The results this time around were a bit mixed, and it was only after reflection that I understood what was going on.

At CFD 5, Rubrik had a very different presentation than what I was expecting. The introductory speaker, Mike Nelson, did a great job of summarizing things and introducing the rest of the presentation. He has also been a guest on the Day Two Cloud podcast, and I highly recommend checking that episode out. In the presentation he also referenced a tweet I made, which really encapsulates the reason I quit my job and started my own company.

You know what? It’s New Music Friday. I’ve got my soft pretzel. My wine of the month box came. It’s going to be OK.

After Mike finished, David Terei talked about the reference architecture for Polaris and Polaris Radar. At first it was very esoteric, and he decided to use a whiteboard app on his tablet. I think the information would have been better communicated with pre-drawn diagrams. Whiteboarding is great for a free flowing exchange of ideas, but less suited to a presentation about a pre-existing architecture. After he got through the initial explanation, we got down into the nitty-gritty details of how Polaris is deployed and consumes information. The Polaris service is running in its own Azure tenant, but it is talking to a deployment in your Azure account. And that deployment is using Azure Kubernetes Service, Azure Key Vault, and Storage Accounts. We asked a lot of questions about how they are keeping customer data safe and complying with security regulations while training their models. I encourage you to watch the whole video. 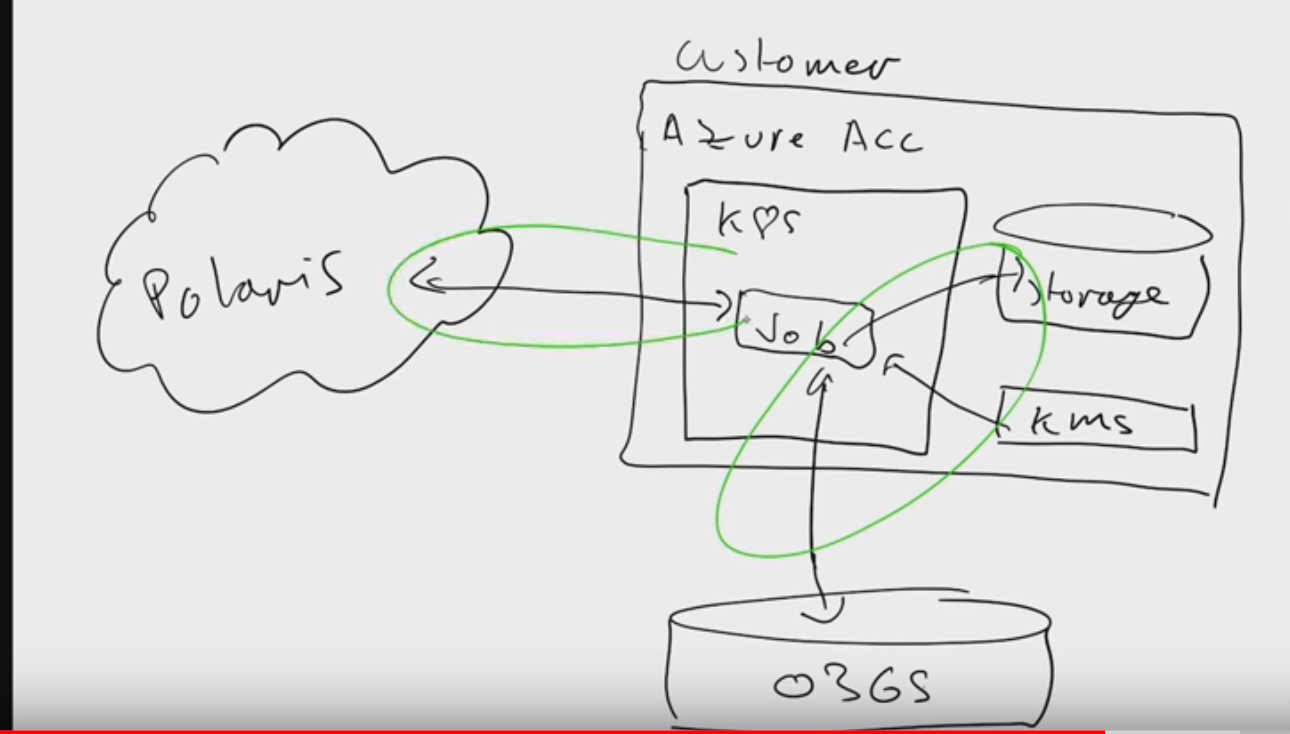 Then the conversation shifted into the Polaris Radar product and how they can use it to prevent ransomware attacks. Well, not prevent actually, but rather it could be a way to recover from a ransomware attack and detect that it is happening by analyzing the change rate and patterns of files that are being backed up. Which, I guess that’s cool? I don’t know. They kept harping on the use case of detecting ransomware attacks, but I think that’s a red herring. Rubrik is grabbing ALL of the data and metadata and throwing it at a massive training model for machine learning. Yes, you can detect some interesting anomalies regarding malware. But there’s got to be more interesting applications for their Polaris solution. I asked as much and got a knowing smile and a wink from the Rubrik team. They’re brewing something bigger and more impressive here, and they are just not ready to talk about it yet. Keep an eye on them and their product announcements though. Data is the new oil, and oil needs to be refined. Who would have thought that the same chemical cocktail could be refined to give us fuel for our vehicles, plastic for playground equipment, and fabric for our clothing? To stretch out that analogy, who knows what backup data could be refined into for use at your company?

The last presentation was from Matt Elliott, and here’s where things got strange. So far the whole presentation had been about the Rubrik product line-up, the nuts and bolts behind it, and a little on the future roadmap. Not terribly exciting – to be honest – but also not unexpected. With a lead-in from David Terei, they started going into the open-source credentials of Rubrik and the Build project. Then Matt Elliott took over the presentation and started talking about his Unix/Linux bonafides and long history in open-source. Matt seemed a little nervous, which I don’t blame him. Presenting in front of an audience is nerve-racking, and he knows better than many how difficult the Tech Field Day crew can be. 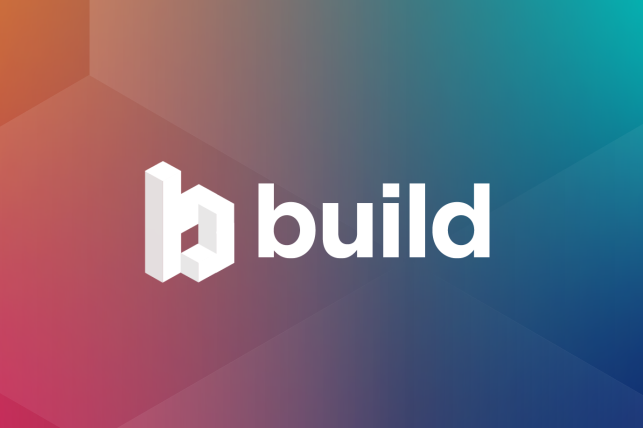 The core of his talk was around the Build project at Rubrik, and honestly I didn’t get it. Yeah, open source is pretty cool. You’ve got this weird little project on GitHub that teaches people how to interact with your software. How is this cloud? Why is this in the presentation? There are clearly some very cool things coming down the pike that Rubrik is not ready to talk about. Are they just bringing up the Build project because they needed to fill 45 minutes? I really did not get it.

Until I did about four hours later at the happy hour.

A recurring theme of all my CFD conversations was the need to educate IT Ops people about new ways to approach their job. The cloud brought with it the introduction of APIs for everyone. What was once the province of the developer now becomes something that all IT practitioners can take advantage of. The fact that some cloud services – Rubrik especially – have an API-first philosophy means that IT Ops have the opportunity to create new and incredibly useful improvements to their existing workflows. The drudgery of manually entering data across multiple systems because they “don’t talk”, becomes a thing of the past. The need to write convoluted, imperative scripts that screen-scrape and fail to adapt to interface changes also goes away. An IT Ops person has the chance to make their job better and more satisfying. At the same time I would argue that refusing to change will negatively impact their employment prospects in the next five years, even more so in the next ten. One is the carrot and the other is the stick. This seems obvious to those of us who live in the cloud world. We take these things for granted. But then you go and talk to a sysadmin who has been banging out manual labor in their datacenter for the last fifteen years and it occurs to you, they don’t even know to stop and look around.

This is essentially the conversation I started having with Chris Wahl at the happy hour that evening. Chris then started talking about how they are doing these small, in-person educational seminars in a bunch of cities across the country. The seminars aren’t sales pitches for Rubrik. They are an opportunity to connect with IT Pros who have never touched an API, never run a git commit, never even written a single line of code. Rubrik and the Build program are reaching out to those people and giving them a glimpse of another way. A better way. There’s only so much you can do in a single day, but by giving these IT practitioners a little taste of success, by giving them a tiny preview of the vast world beyond, by giving them a path forward, you are educating. And education is the thing that seems most lacking at the moment. Not education about the latest product features, or marketing hype, or vendor specific jargon. This isn’t self-serving education to help IT Pros master your UI or CLI. It’s about educating IT Pros to make them better at their job, and that is reward enough.

I’m not so blind as to ignore the fact that the Build project is focused on teaching people to be better with Rubrik APIs and learning to automate Rubrik related software. The fundamentals are still there, and it is hard to teach in a vacuum. There’s a reason why Microsoft has invented several fictional companies for their training. There’s a reason why every course I do for Pluralsight has a real-world scenario behind it. Learning to work on a real-world API and create real projects in GitHub is super important. I’m glad that Rubrik is doing this. I’m also glad that companies like Juniper have the NRE labs to help network engineers on their journey. In an industry that experiences as much change as ours, education is paramount. I’m glad that some vendors see it that way too.

When Matt Elliott got up to talk about his personal journey through IT, he was telling it as one possible path among many. That path led him to Rubrik and to the Build project. I didn’t get it at first, but I do now. Thank you to Matt, Chris, and the rest of the team at Rubrik for your efforts!